As an attorney, I feel compelled to speak up concerning the proposed Voter Identification Amendment to the Minnesota Constitution.  Putting aside the partisan political aspects of the issue for a moment, this is a bad idea.  Simple ideas sometimes have complex consequences, and in the case of voter id, the simple idea is both expensive and potentially harmful to our most sacred right as Americans. 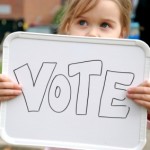 The Minnesota Constitution was enacted in 1857.  Generally speaking, amendments to constitutions are made to accomplish things that cannot be done through the legislative process.  Unfortunately, this is not always the case in MN and the Voter Id Amendment is a prime example.   In the case of the Voter Id Amendment, some Legislators decided they had a law they wanted to pass, and rather than working the law through normal legislative channels which require the checks and balances of Executive Branch approval and judicial oversight, they are seeking to circumvent and embed the administrative practice of verifying a voter’s identity, not in the state statute or regulation, but into the state’s highest legal authority.  This is akin to the legislature deciding to put a 30 MPH speed limit into the Constitution and it is simply inappropriate.  Constitutions are documents meant to provide a framework for our governing system and to place restraints on government intrusions.  However, in the case of voter id, proponents are asking Minnesota citizens to shackle themselves to what is essentially an untested administrative procedure by including it in a document that requires a state wide vote in amend or modify.

A report from the University of Minnesota estimates that this unproven procedure for tackling a problem that is questionable at best, will cost local governments (the ones that raise property taxes) approximately sixty-three million dollars.  This is money that comes out of our pockets when local government funds are already short.  In order to implement the Amendment, entire new computer systems have to be built to handle provisional balloting, new id cards issued for thousands of people at no cost, new employees hired and training revised.   These things cost money, and in the event that the structure of this Constitutional regulation doesn’t work, instead of modifying it through legislative or regulatory process, our only means of change will be to wait for the legislature to once again place an amendment on the ballot at the next general election – this is simply not the way to do things.

When I think about the amendment, I also have to look at what it means for people’s right to vote.  While some say that voting is a privilege and it is not too much to ask for a photo, I say perhaps, but I do know that using a photo id isn’t necessarily fool-proof and without significant safeguards, requiring it may result in citizens losing out on one of their most fundamental privileges as citizens.  As of January 2012, 24,738 registered voters in Ramsey County do not have valid MN driver’s licenses or state issued ids — that’s roughly 9% of voters.  Presumably many of these folks with driver’s licenses may not have license that will comply with the Amendment or which will be difficult to use as verification of the holders identity.   Ask yourself these questions:

Now ask yourself if your friends, family members and neighbors have the same.   Problems are sure to arise with the proposed procedure.  By entombing this legislation in the Constitution, Minnesotans would be handcuffing themselves to a single method of accomplishing a goal and, ironically, restricting their own future ability to free themselves from problematic outcomes.

While we can debate whether requiring a photo id is needed and whether there is a real problem being solved, I have heard no real arguments as to why a constitutional amendment is the best way to address the issue.   While I don’t believe voter id laws are needed, I appreciate that concern for the integrity of the voting process; I just don’t think that the administrative procedures of verifying identity belong in our constitution.