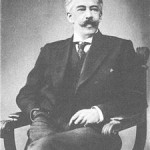 “While answering a casting call for a low-budget amateur film doesn’t often lead to stardom, it also rarely turns an aspiring actress into the subject of a fatwa.” is the mild understatement of the Appeals court decision in Garcia v. Google, a case rooted in the anti-Islamic “film” that sparked riots in the middle east a few years back. Ms. Garcia was one of the unfortunate soles who was originally hired to act in what seemed like a vanity project of Mark Basseley Youssef. The project was originally entitled “Desert Warrior” and while it is not clear what it was originally about, what is known is that the footage was reedited and dubbed over with new dialogue. The resulting project was entitled “Innocence of Muslims,” and the reaction to it is thought to have resulted in over 50 deaths.

Following the riots and subsequent calls for her death, Ms. Garcia filed eight DMCA take down notices with Google claiming infringement of her copyright. The trial court ended up denying Ms. Garcia’s request for relief on the basis that it did not believe she had any copyright interest in the film to base her claims on. The Appeals Court however did find that Ms. Garcia she retained some degree of copyright based on her acting and perhaps more notably that her contribution was not a work made for hire, as she was not an employee, nor was there a written work-made-for-hire agreement, but rather was provided to Basseley as an implied license – a license that was exceeded when the performance was severely chopped-up, redubbed, and placed into a new context.

The three take aways from the opinion are the facts that the Court made a great deal about the amateur status of the filmmaker preventing the Court from viewing the relationship between actor and company as one of an employer/employee – this conclusion highlights the importance of getting a written work-for-hire agreement in place especially in more personal and vanity productions. Additionally, the opinion demonstrates that while an implied license may be given much leeway, there is a limit as to how distorted a project can be from the original intent. Finally, citing Stanislavski and Sanford Meisner, the Court noted that an actor’s contribution to a performances not merely a reflection of the written page (Otherwise, “every shmuck . . . is an actor because everyone . . . knows how to read.” Sanford Meisner & Dennis Longwell, Sanford Meisner on Acting 178 (1987).), but is also of sufficient originality to establish authorship.