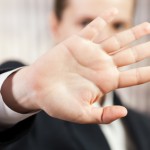 Article 9 of the French Civil Code provides that: “everyone has the right to privacy.”

A little while back Kate Middleton was spotted (via a long range lens) topless at a private residence in France.  The resulting photos ended up in the French magazine Closer. The ensuing outrage by the British and the French demonstrates an important issue when works of authorship cross international borders: namely, the U.S. expectations of privacy and Freedom of Speech laws are not embraced in the same ways in other nations and cultures.

For example, the French maintain some of the strictest privacy laws in world.  These laws leave little room for arguments of news worthiness.  In fact the French go so far as to prohibit “theft of personal image,” which can theoretically be used to ban the taking of photos of individuals even in public spaces.  While the U.S. states have many comparable types of laws, the extent of the French laws is illustrated by the fact that the images of Ms. Middleton are no different than what you might see on most beaches in France, however the French laws still provide little leeway for these arguments – arguing instead that this is a private matter and not for public consumption.  Similarly, the British courts have a distinctly different view of libel that favors parties making such claims.

Beyond the civics lesson, what is important to take from this is the fact that as we are in a global economy, laws of other countries may be in  play and when dealing with more sensitive topics, a few minutes of research may be beneficial in keeping you out of trouble.