At dinner the other night, a friend mentioned she had recently seen a performance of Broadway songs at a fairly well known theater here in Minneapolis/ St Paul.  She mentioned that during the performance the host for the night compared the first seven notes of  the iconic Somewhere over the Rainbow to notes played during Wicked’s Unlimited.  The host explained that only seven notes where used because “if you use eight notes the copyright owner can come after you.”  I was curious about this statement and looked a little closer and found out that in fact that is the story that has been told by the composer Stephen Schwartz.  While making a nice antidote and joke, unfortunately the story is simply not true. 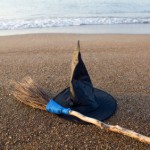 Much like the Three Second dropped food rule (if its on the ground less than 3 seconds its safe to eat), the eight note rule is similarly not true, and (hopefully) said  just in jest.  While copyright Fair Use does look at the amount of the original taken, it also looks at other factors – and while many subsequent creators would love a bright line rule like this, it is simply not available.   Even the Fair Use factor addressing the amount of the original works appropriated looks deeper than a purely mechanical calculation, by looking at both the amount and “substantiality” of what is taken.  Meaning, if what is taken is the heart of the original, the quantity of the overall work is less important.

Does this mean Unlimited infringes Somewhere over the  Rainbow?  I don’t know – I haven’t ever analyzed it using all the appropriate standards.  But I do know that seven vs eight notes probably won’t make the difference.  Perhaps it is two notes, or perhaps it is 60 – but a bright line rule is more a humorous anecdote than legal advice.