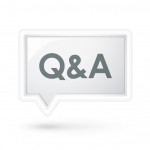 does it mean for a contract to be not enforceable because of a lack of consideration?

Answer: In order for a contract to be enforceable, the mutual promises of the parties must be supported by “consideration.” Considerations means each party gives something of value to the other.  The reason that the courts and legislatures generally require some form of consideration is to insure that the promises being made are not merely a casual statement, and accident, or gratuitous – in short – to make sure the people making the agreement really mean it. Consideration looks at whether the parties have assumed an obligation on the condition of an act or forbearance of another. Except in cases of employment matters, Minnesota courts generally do not look at the adequacy of the consideration being offered – only whether some consideration has been exchanged. For written agreements, the court presumes valid consideration. While adequacy of consideration is not usually analyzed, vague or indefinite terms of consideration (including other conditions of the agreement) may invalidate an agreement, unless it is clear from the subsequent actions.

In contracts related to copyrights and trademarks, this mean that things like royalties might be subject to discontinuance if the only thing that it does is to grant a right to use the IP and it turns out the licensor in fact does not have the rights in the first place (assuming the licensor did not know that the rights were invalid). However, if the contract also goes on to provide that the licensor will discontinue use of the rights for their own use, this forbearance may be enough to be deemed adequate consideration to enforce the contract.

Consideration is important as a part of any contract.   When setting up a licensing arrangement it’s important that you evaluate what the parties are exchanging.